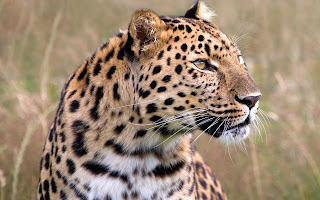 The Sanctity of Shared Space
In conversation with Dr Vidya Athreya, Wildlife Biologist
Manisha Gutman
Much before the Indian government declared protected areas, there were no separate spaces for wild animals including tigers and lions who roamed this landscape freely, even in the minds of the people. There was reverence of wildlife and people shared living space with them. Tribal cultures deified large wild cats and Waghoba the tiger diety was to be appeased through ritual sacrifice. The depiction of wild animals in Hindu mythology spoke of a co existence rather than of domination. Hindu dieties are often seen riding a animal who is their ‘vehicle’ or vahana.  The vehicle is not subservient to the diety rather it most accurately represents the energy of the particular diety and magnifies it. So while the tiger as a vehicle may represent fierce forces, the swan represents grace and beauty, the elephant patience and longevity and the mouse quick wittedness and sharpness of mind.
Yet if we come back to the most basic tenet of sharing space with a wild animal, we need to explore the psychology of fear. Fear creates reverence but sharing space and prolonged observation also increases understanding and lessens this fear. Populations that live in close proximity understand the limits of the animal and respect these, often converting them into codes of conduct and rituals of worship.
Vidya Athreya, Wildlife Research scientist and expert in Human Wildlife conflict, points out that the same process of observation and understanding also seems to work for the animals who may understand what to expect from the humans they live amongst. The tolerance of the Indian culture towards wildlife that has allowed it to conserve populations of four large wild cats – the tiger, the lion, the leopard and the snow leopard. Considering that India is densely populated it is surprising that even though interface between humans and wildlife is a common occurrence, these wild cats have survived, sharing the Indian landscape.
In sharing space, both parties recognise the power the other wields and respects it.  From the human perspective, loss of livestock due to attack by wildlife is minimal as compared to death by diseases and a lot of rural communities tolerate this minimal loss, often acknowledging that wildlife has as much right to survive as humans do.
Recently India  declared dolphins to be ‘non human persons’ recognising their high level of intelligence and prohibiting their ‘use’ for recreation. This path breaking move hit the core of Indian sentiment around other life species.  In a study on Wolves social scientists found that although pastoralists lose livestock to wolf attacks, some of them consider the wolf to be a ‘brother’ – who helps them wean out weak livestock. This manner of ‘relating’ is typically Indian. Relating another anecdote , Vidya shares how a village in Junnar prevented the forest department from taking away a leopard that had fallen in a well saying that it was a cub and its mother would be around and they forced the forest department to release it in the same location it was found in.
In the present day scenario, as  shared space is reducing, these attitudes are fast changing. Fear results in the desire to control either by elimination or relocation. Wildlife and forest management is not informed by scientific study and landscapes are transformed without understanding the ecology that various wildlife thrives in.
Religion could possible recreate empathy amongst people through a revival of traditions that respect and worship wild animals. While reverence at the spiritual level does not necessarily mean protection/reverence in reality but these processes might provide to the people a way of including the animals in their cultural space, says Vidya. So little is known of these processes and it is important they are studied before forgotten altogether.
The codes of conduct prescribed by some of these traditions either advocated the inviolability of wild spaces or taught people about the behaviour patterns of these animals so that the fear of sharing space was overcome. The recognition of intelligence in wild life is also crucial to the perception of the value of wildlife to human living.
In the Indian context, Vidya notes that often political leaders who come from rural backgrounds and have had first hand experience of living with wildlife are more informed in the policies they make. In a country where religious beliefs affect policy making it is important to highlight this aspect as well.