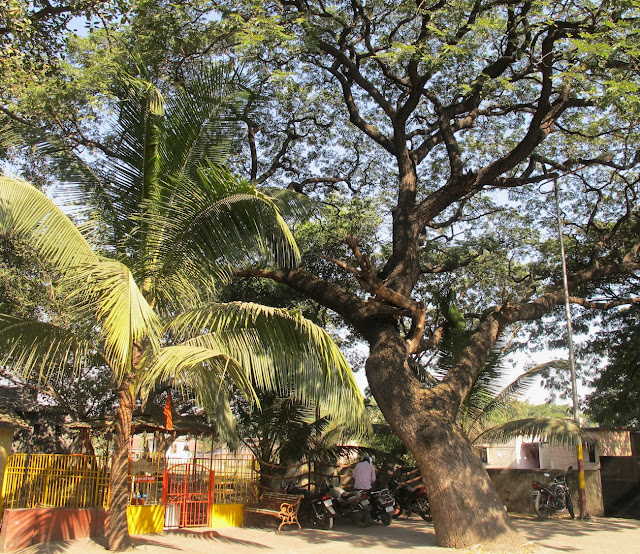 At one of the sessions on Sacred Natural Sites in the recent World Parks Congress, held in Sydney, a participant asked the question
‘Is it possible to destroy a sacred natural site?’
This question is one of the many that is calling us to inquire into the nature of sanctity and what it is that makes a natural site sacred? Is it an energy, an experience, a relationship? And can this ever be destroyed?
The concept of sanctity is a construct of the human mind but before this definition, comes an experience. The experience of Nature is what connects humanity to Nature. The perception of beauty, the sense of connectedness or an experience of the vastness of the Universe; this experience may take many shapes and forms. It is then interpreted in a variety of ways depending on the culture and conditioning of the perceiver.
The speaker in the session answered the question comparing a sacred natural site to an acupressure point on the body – these sites he said are gateways to access the inner energy of the planet and must be preserved. 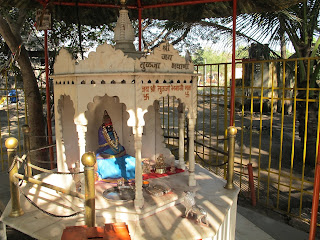 Driving to work everyday in the busy urban milieu of the Indian city I live in, I observed that while passing by a certain stretch of my route I would have a flash of insight quite regularly. Some shift in understanding would occur just in these few moments and it happened so regularly that I started to wonder what was special about the place. The area I drove through had several old growth trees, one of which was the sacred Banyan ficus and sure enough, when I looked closer I found a small temple at the base of the tree.
It is a common site in both rural and urban India to see trees that have temples under them. I see how those who are sensitive to this experience wanted to mark these trees and these sites as sacred.
Sanctity is based in experience. But is the experience of sanctity universal? I tend to think that the physiological responses to these sites are universal, even though their intellectual interpretations may vary. The experience itself also depends on the sensitivity of the perceiver and the attention given to the most subtle of experiences.
Another speaker sharing the concept of sanctity in Bhutan, shared how their world view started with the concept that the entire Universe was sacred. Nested within this was the planet Earth which was sacred, and then the sacred country of Bhutan, which further hosted specific sacred sites. Effectively, there is nothing that is ‘not sacred’ even though there may be levels of sanctity.
How could you possibly destroy the sanctity of the entire Universe?
Reflecting on the question of whether a sacred site could be destroyed I realised then, that to a heart that was sufficiently sensitive, the experience of sanctity could arise even in a single beam of sunlight passing through the most devastated tree. However, certain sites on the planet, seem to radiate a specific energy that is powerful enough to touch and open the most hardened heart. If these sites were destroyed, we would have to work that much harder to experience the energies that continue to flow deeper in the planet.
Sacred Natural Sites need to be protected for the experience they generate in humanity, for the energies they channel to us. And we have to receive these energies. Both need protection.
The Buddha attained enlightenment under the Bodhi tree (Ficus religiosa), a tree which is now sacred to the Buddhist community. If he may have had a similar shift of understanding under another species, perhaps that one would have been accorded a sacred status.
Was it that particular tree that he sat under that was sacred alone, was it the entire species that was sacred or could it have been any tree he sat under sacred?
The question of sanctity is one of relationship and all relationships change. Understanding sanctity in the context of Nature conservation implies watching the changing relationship between humanity and the natural environment it draws sustenance and meaning from.
In India, these days it also as common to see a temple that began as a small shrine under a tree, grow to the extent that the tree dies out and only the temple remains.
Will the man made shrine provide the same bio-physiological experience that the tree offered initially?
Written for the IUCN task force on Cultural and Spiritual Values of Protected Areas ( CSVPA ) newsletter. You can also read it here…